Sorry to be a bit rude, but what exactly happened.. Maybe i missed something in the rest of the thread.. Genuinely interested

bought the car
had fun one night
went to a family party of some sort
left the car outside
car got nicked
car found,
car fucked

Wolverine said:
bought the car
had fun one night
went to a family party of some sort
left the car outside
car got nicked
car found,
car fucked

Serious!! If this is true, get the scrote bags, and hang them! This is such a disappointment.. This car needs to be fixed (or at least engine).. Was it insured for the 5k it was worth? 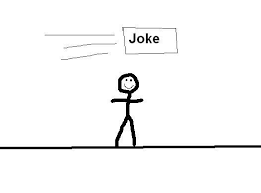 ok i might be being stupid here and if i am just say.

have the police checked the hospital for ppl admitted with heavy burns, cause i seen this car run at crail and i remember the heat that came out the engine bay so any dumb fucker that has unpiped that radiator has given themselves some serious burns.

On their trade insurance I somehow doubt it.
Count your losses boys and if you think the police are going to help you track down the culprits, think again.
It is at the end of the day a Nissan almera.

I would just try and speak to the people in your area more.
Also no one seems to be shedding any light on how simbo knew. Lol

Come on what's the story behind the beef boys?

Something just seems fishy about this.
Post pictures up then for us all to see the damage.

P.s how did it blow up when Dave has been shagging it up the strip running stupid times.
Reveal the true events, you guys would not leave a car like this parked up un attended..lol

Andy Sunny Gti said:
P.s how did it blow up when Dave has been shagging it up the strip running stupid times.
Click to expand...

I was taking it easy!

Red Ken said:
What a load of bollocks.
Click to expand...

Wolverine said:
In what way do you mean this??
Click to expand...

RAJackson said:
Andy the only beef is the one you are sparking by inferring simcard had something to do with it
Click to expand...

RAJackson said:
Andy the only beef is the one you are sparking by inferring simcard had something to do with it
Click to expand...

Nah Ross, i am onto something here.
If the police won't find the culprits I will.
I loved this car.

inahole said:
The M25 is a ring around a humourless culture Ross, a bit like the scum ring around a public bogs pot.
Click to expand...

Ha jokes on you, I'm just outside it x

pel said:
Ha jokes on you, I'm just outside it x
Click to expand...

Which is why i still laugh at you dying for a shit at jae and refusing to go as the cleaner was giving the place a top to toe toothblush clean for 3 hours lol.

Andy : the culprit will NEVER be found. Promise

pel said:
Ha I forgot about that and to be fair I was scared they would beat me for leaving skid marks
Click to expand...

"pebbledash" was the coined phrase i believe lol

Those inside the M25 el have the brains, and don't get taken for mugs.
Ross you seem so sure.
I am not trying to blame anyone, I just want justice..lol
That mera slugged its guts up Crails drag strip for years without compliant, only to die this painful death.
sorry but Iam not having it.

Andy Sunny Gti said:
Those inside the M25 el have the brains, and don't get taken for mugs.
Click to expand...

If thats the case then use em Andy, you'll soon work out that you are being taken for a right muggy mug.

I'm just gonna come right out and say this.

the list of parts that have been taken or damaged (turbo, boost control, apexi PFC) are what i would consider generic items. convenient that they should go missing, thus paving the way for justifying breaking the car.

1. how does a turbo bend its fins? impellars are mostly cast, cast doesnt bend, it shears, its basic metallurgy.

2. the radiator was stolen by the perp. im sorry, but ive worked on this car, no it fucking wasnt. you telling me that the radiator was removed before the "smoke pouring from the bonnet" cleared? NOT POSSIBLE. the front is blocked by the intercooler, the back is less than a cm from the turbocharger. and the rad brackets are welded on. not to mention as willie says, there is a guarantee that you would be brutally scalded by the temperature of the coolant that would be needed to "crack" the block.

3. The plan all along was to strip this. it was said at point of sale.

4. the car wasnt starting the day it was stolen and i have the video to prove it. the engine was fucked before the "theft"

So yeah. sorry andy but you are being made a mug off.

maybe i'll give bradistand popo a ring tommorow and make a subject access request for headings of any cases involving the registration of the beast. there wont be one, so it will be short call eh guys?